Plisson and Napoleon in the early 19th century

Home / Plisson and Napoleon in the early 19th century

Napoleon Bonaparte or an impeccable grooming...

Every morning, Napoleon got up at 7 a.m. and immediately called his servants to carry out his toilet. This took almost two hours, because, unlike his contemporaries, Bonaparte had impeccable hygiene. He shaved every day and did not wish to call on a barber. 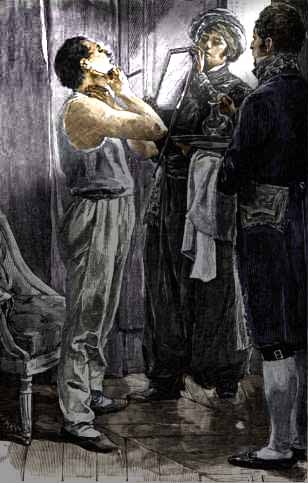 It was therefore his valet Constant who shaved him, following him everywhere even during his military campaigns. For greater convenience and safety, Constant, who became his first valet, encouraged him to shave himself.

On a military campaign, Napoleon took with him all his toiletries: shaving brush, combs, razor, scissors, nail file, toothbrush and bottles of cologne. 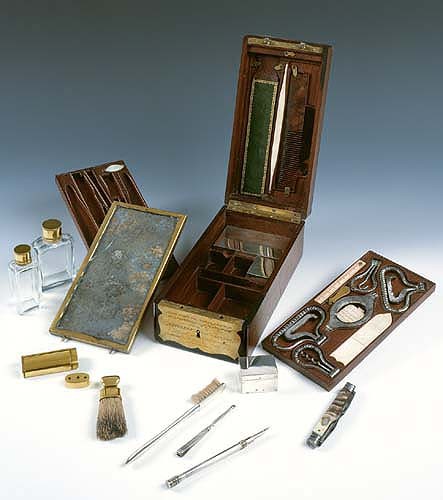 In 1808, to meet the needs of the Emperor, Jacques-Louis and Marie-Hélène, the founders of Plisson, brushmakers by trade, designed a beard brush, also known as a travel brush, using their craft skills and ingenuity. He can bring it with him everywhere in his toiletry kit and thus shave alone.

Jacques-Louis and Marie-Hélène : the founders

Jacques-Louis, born in 1784, comes from a family belonging to the guild of brush makers and tabletiers since the 17th century.As for Marie-Hélène, her father was a fan maker and her brothers and uncles were tabletiers (craftsmen working with hard materials).

In 1805, the marriage of Jacques-Louis and Marie-Hélène was the starting point of the couple's activities. They were the founders of the modern brushmaking industry at a time when France was entering one of the most turbulent periods in its history. 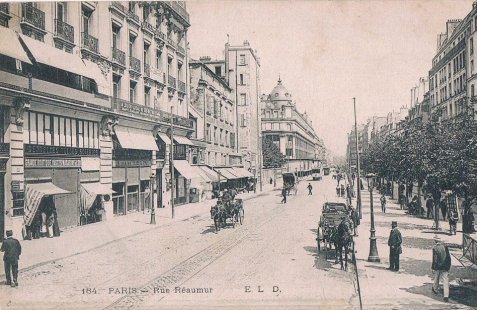 The couple became the official brush makers for Napoleon, the military and the Emperor's family. The use of beard brushes or shaving brushes quickly became popular with the military campaigns of the First Empire. The wearing of a moustache was a direct sign of military rank for soldiers; as for the Emperor's close entourage, they displayed a hairless face.

True inventors of the shaving brush, the couple set up their workshop at 42 rue Phélipeaux in Paris. This street later became rue Réaumur when it was widened as part of the major urban planning operations of the city of Paris at the end of the 19th century. The brush factory remained on rue Réaumur until 1883, when it moved to rue des Archives in the Marais.

The Eagle : symbol of the Empire

The eagle is certainly the most famous Napoleonic symbol. Why was it chosen by Napoleon? 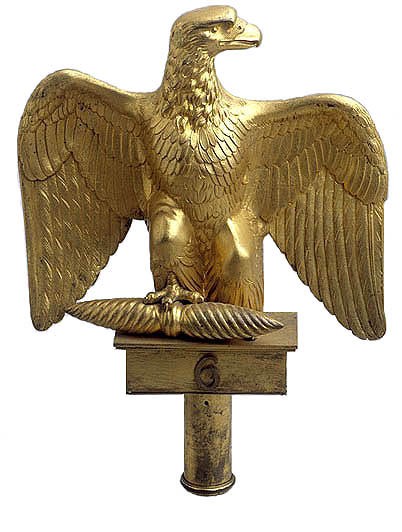 In 1804, when Napoleon the 1st was proclaimed Emperor of the French, he was keen to define the emblems that would mark his reign. His advisors suggested the rooster, the eagle, the lion and the elephant (the strongest of the animals), but also the bees or the oak tree. Napoleon chose the eagle, the bird of Jupiter, emblem of imperial Rome and Charlemagne. This animal remains deeply attached to the image of the Emperor.

After the fall of the Empire, Plisson kept the eagle's head as an emblem in homage to Napoleon, the eagle being at the centre of the Empire's coat of arms and of all the flags of Napoleon's armies.

Plisson and the eagle 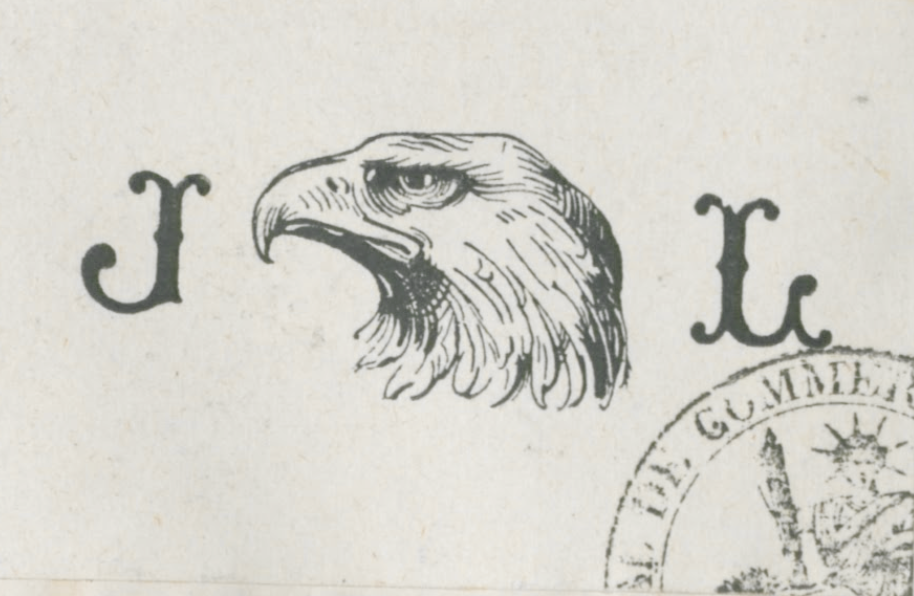 As a tribute to the Emperor, the eagle symbol was chosen by the Plisson brand at the time of its foundation in 1808. During the next two centuries, Plisson 1808 kept the eagle symbol on all its publications.

Gradually disappearing since the late 1950s, the eagle's head was brought back into the spotlight in 2021 when we worked on our heritage. Now, the eagle's head is not only turned towards the right and the victories to come, but is adorned with magnificent feathers, evoking the brand's unique expertise in magnifying the beauty of men. 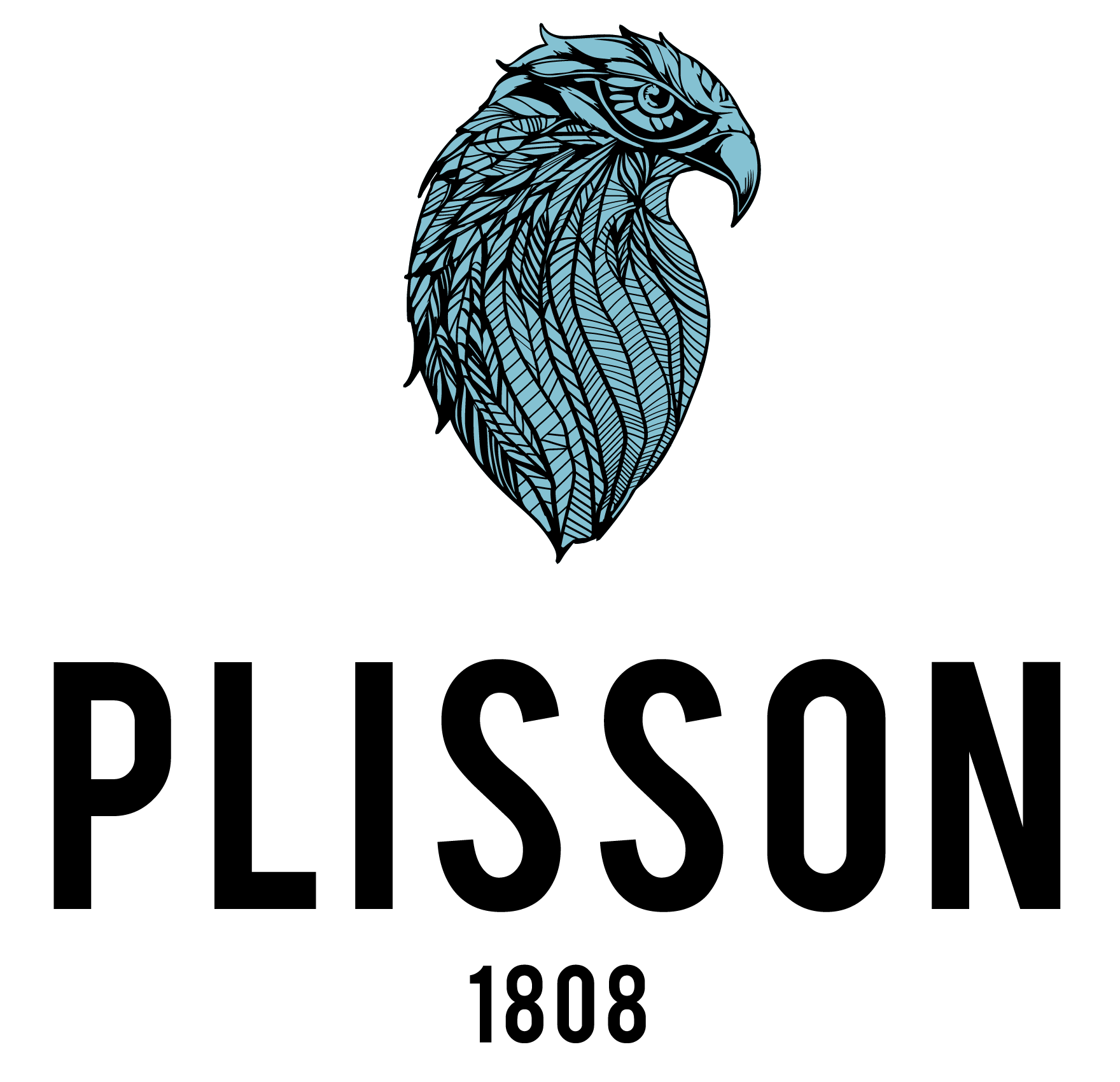